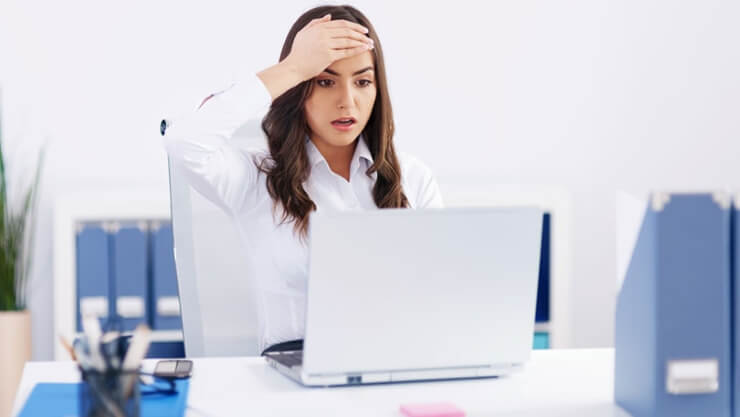 Most Common English Errors: You don’t want to let these common English mistakes ruin your image at work. So, beware of these errors and learn how to fix them in your email next time.

The flaws in your grammar skills were unknown until you decided to become active on social media. Agree that it doesn’t make much of a difference as long as your followers get what you’re trying to say.

However, it’s not the same when you’re writing a business email – applying for a job or replying to your boss at work.

It’s true that many people tend to learn English usages and email etiquette from others. But, what if the person you often communicate with isn’t quite savvy with English grammar or usages?

As a matter of fact, this is the single most reason why business emails these days are replete with many common English errors such as “Please, revert back.”

You don’t want to let these common English mistakes ruin your image at work. So, beware of these errors and learn how to fix them in your email next time.

What’s Wrong: Every student should take responsibilities for his action.

What’s Right: Every student should take responsibilities for their action.

Recommended Reading: Beyond ‘he’ and ‘she’: The rise of non-binary pronouns

Some people tend to be casual about using plural pronouns for singular nouns.

What’s Wrong: One should always return their books to library on time.

What’s Right: One should always return one’s books to library on time.

Don’t Begin a Sentence with a Number

While it’s okay to start a sentence with a number in daily conversation, it’s not okay to do in formal written communication.

Although it’s acceptable to use half sentences and fragments while speaking, you should use complete sentences while writing business emails.

Wrong: Got late for work.

Right: I got late for work.

Use the correct verb tense while explaining an action in the past. Be particularly careful about simple past vs long past.

Wrong: I smoked for two years before quitting it.

Right: I’d smoked for two years before quitting it.

Recommended Reading: How to Use the Correct Tense with Conditional If Clause

As for as possible, don’t split infinitives. At least, it’s safe not to in business communication.

Recommended Reading: This and This

Wrong: I felt badly about what he said.

Right: I feel bad about what he said.

Don’t Confuse Among with Between

Between refers two distinctly delineated people, objects or groups, while Among is used when talking about more than two of something – people, objects, groups.

Wrong: He was hiding between the trees.

Right:  He was hiding among the trees.

What are the common English errors you see in emails? Share your experience with us and we will include them in this post.